NAB 2010 is just around the corner – April 12-15. Like most video enthusiasts, I’m excited to hear and find our about all the new announcements. And nothing gets a video guy more excited than a camera announcement. It makes sense – the video camera is the single most important piece of equipment that defines and categorizes (and restricts) a videographer and video video producer.

I have to admit my first trip to NAB, last year for NAB 2009, lacked some excitement when it came to video cameras. Panasonic had the HMC150 and Sony released new versions of 2008 cameras but these were largely overshadowed by DSLR mania. Well as of a few minutes ago, Canon has set the NAB 2010 bar really high with the announcement of the XF300 and XF305 (click for link to press release).

I’ve already got my interview scheduled with Canon for Thursday morning at NAB and am looking forward to reviewing these new cameras when they are released in June 2010.

Here are the highlights:
Canon will utilize CMOS sensors for the first time in a video camera of this class. No word on the size but considering the resolution 1/2″ is likely. This Canon link shows the CMOS sensor will be 1/3″.

CF card is the only record option.  2 hot-swappable slots are built in – no external recorder required.  I consider this a step-up from the Sony CF recorder as it only has one slot so record times are limited to 2.5 hours on a 32GB card.  A hot-swappable feature removed the continuous record time limit, especially important when recording at 4:2:2 at 50 Mbps.

The codec will be a new Canon XF codec with the following resolutions:

The lens is a 18x HD L-series lens with a 35mm equivalent zoom range of 29.3 – 527.4mm and a Full Manual Focus mode with mechanical “hard” end stops and distance markers for professional operability and repeatable manual focus.

It looks like the main difference between the two models is summed-up in this part of the press release: 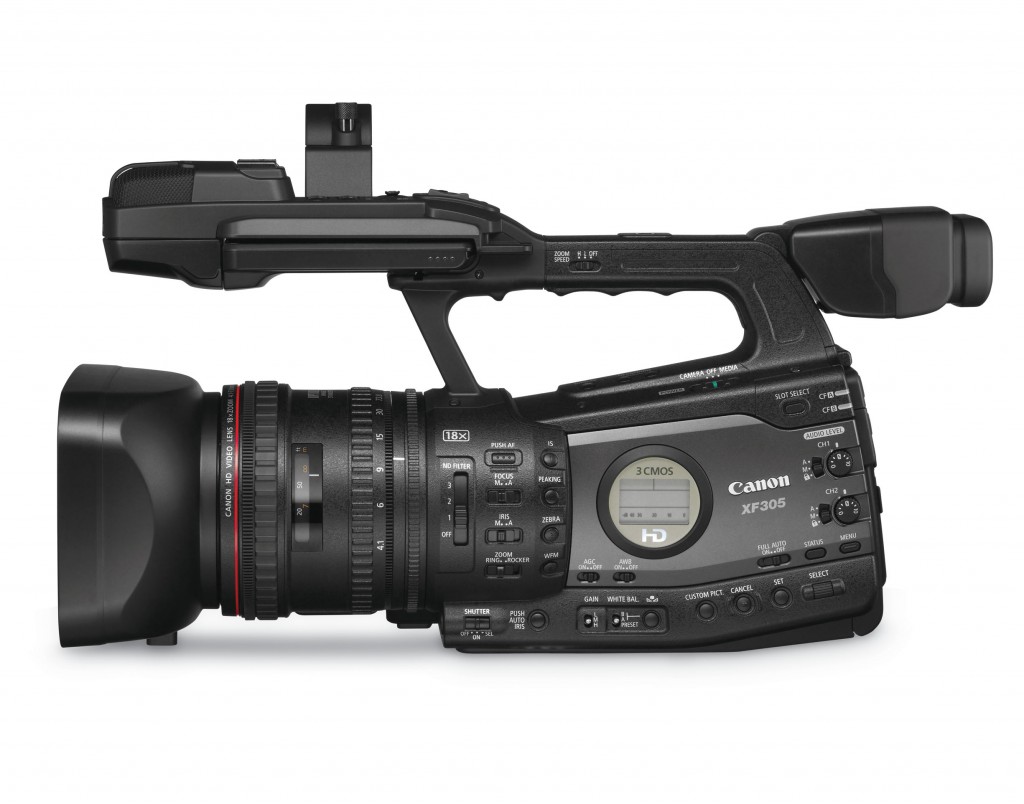 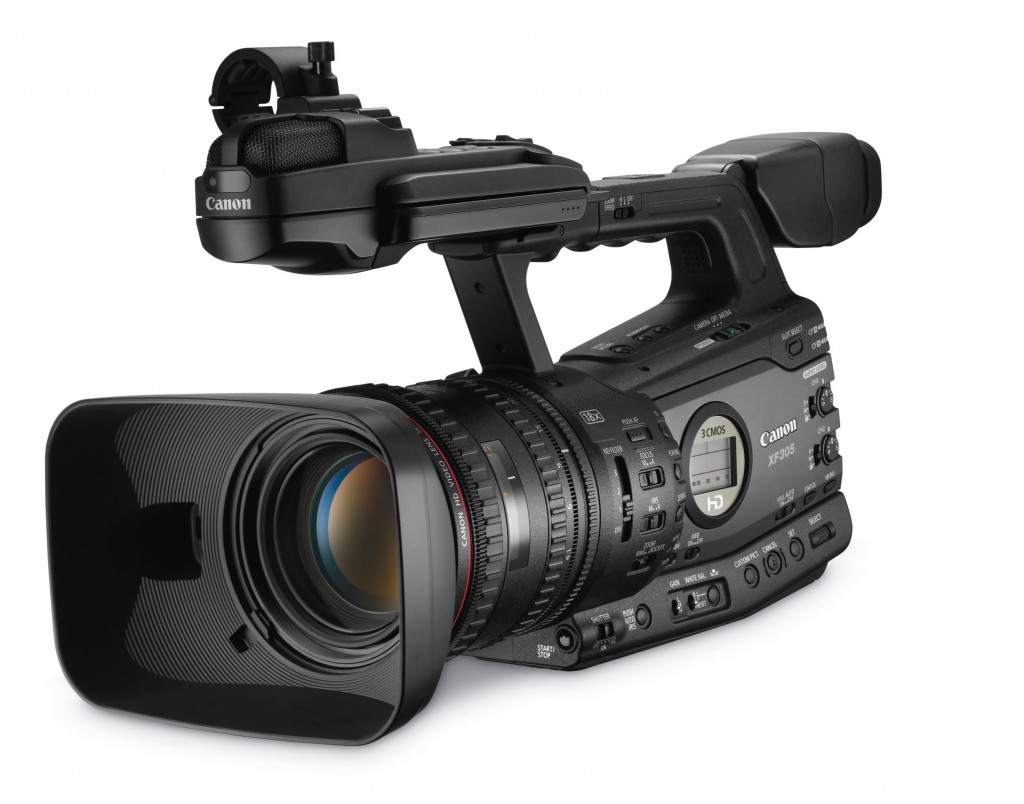